“It’s important to me to bring a high level of cardiac care to Rockland County, particularly the use of catheter-based treatments. These minimally-invasive procedures minimize the scars, pain, and recovery time, and have become the ‘gold standard’ in the treatment of heart disease.” - David A. Brogno – M.D., F.A.C.C.

Originally from the Midwest, Dr. Brogno attended the University of Michigan for both his undergraduate and medical school education, graduating with an M.D. degree in 1983. He completed his internship and residency in internal medicine at Roosevelt Hospital in New York City, where he earned the award of Best Teacher and was selected to be the Chief Medical Resident.

After completing his fellowship in Cardiology at St. Luke’s Hospital in New York, Dr. Brogno performed an additional fellowship in interventional cardiology, participating in key research studies such as the Coronary Artery Surgery Study, the CAPTIN trial, and the SHOCK trial. He published articles about his research in prestigious medical journals including the Journal of the American College of Cardiology and the New England Journal of Medicine.

In 1991, Dr. Brogno joined the practice, when it was the Ramapo Cardiology Associates, as an Interventional Cardiologist. During his 20 years of practice in Rockland County, Dr. Brogno has been instrumental in improving cardiac care for area residents. He spearheaded the drive to bring advanced cardiac services, such as angioplasty and cardiac surgery, to the county, and was the initial Chief of the Cardiac Catheterization Lab and Interventional Director of the Good Samaritan Hospital in Suffern. In appreciation of his service, he was honored by Good Samaritan Hospital with the 2008 Sister Joseph Rita Award for Outstanding Care.

He lives with his wife Nancy and their two daughters in Nyack, where they have resided for the last 20 years.

Virtual Visits allow you to connect with your provider from the comfort, convenience, and safety of your own home.

For existing patients, login to make an appointment, view documentation or contact your care provider. 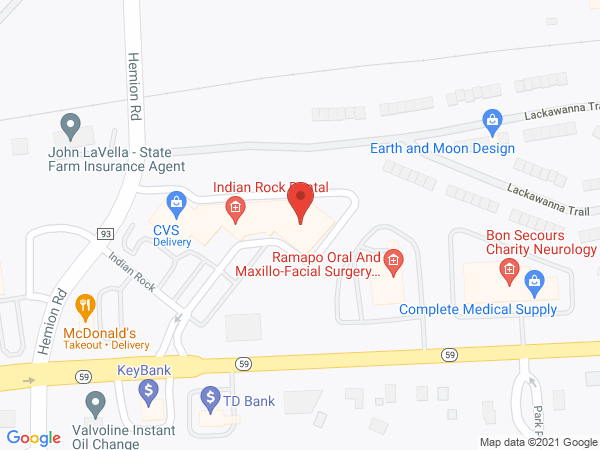 *Please contact the provider’s office directly to verify that your particular insurance is accepted.

America's Top Doctor
Back to top